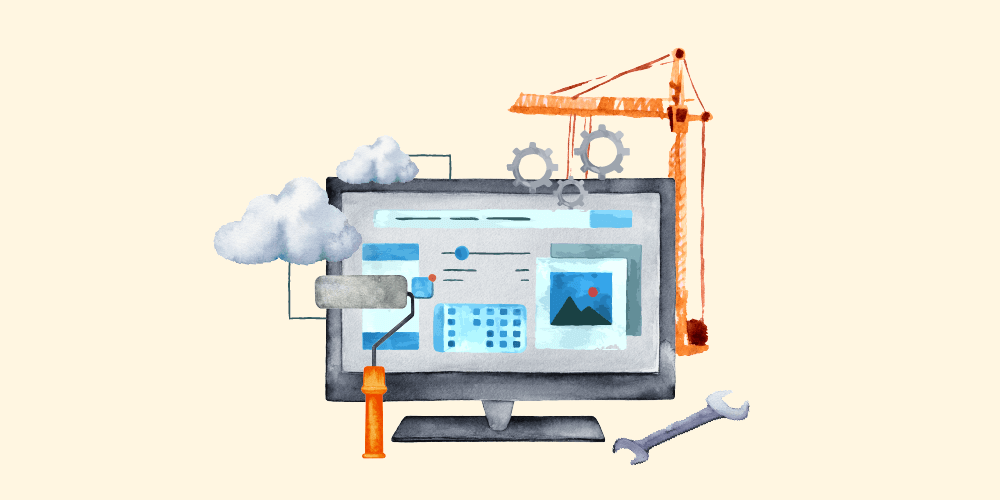 When a company changes its name, trouble is usually brewing. Maybe it’s a trademark issue – like the one that forced Gmail to become Google Mail in Europe, or the one that forced Haystack (awesome name) to become Sortfolio (awful name). Perhaps your company has recently been involved in the world’s most infamous corporate fraud case, and you’d like a fresh start. Maybe you really like how you look in virtual reality headsets.

Or in the case of WordPress, which opened a discussion today on renaming “Full Site Editing,” maybe you’re just not exactly sure what you’re building.

I will admit that my first reaction to this idea was eye-rolls and snarky jokes – and judging by the comments on the post from WordPress Executive Director Josepha Haden Chomphosy and the related WP Tavern article, I’m not alone in that.

But upon further reflection, I think the WordPress team is correct – the name “Full Site Editing” for this particular set of features is confusing. I suggested a few alternatives in the comments, including shifting the focus to words like “Builder” and “Customizer,” and distinguishing between the “Editor” (for posts like the one I am writing now) and the theme (which controls the visual display and which you can build or customize).

That said, if it were up to me, I would keep the name and focus on Full Site Editing’s much bigger challenges.

If we were doing this in a vacuum, where there were no other problems with the Full Site Editing feature set, it would absolutely make sense to pick different words that better explain what Full Site Editing does. But there are a number of much bigger issues that have been laboriously and extensively documented that should probably take priority in the minds of the WordPress contributors and the Automattic executive team.

As the proud owner of multiple sub-optimal brand names, I’ve done a lot of research into the pros and cons of changing names. The result: it’s almost never worth it.

For example, many people in my life have expressed confusion and concern when I tell them that I own something called Understrap – which is an unfortunate portmanteau of Underscores and Bootstrap. It’s an awesome product, beloved by hundreds of thousands of developers! But it’s a weird name, and it doesn’t even show up when you search for “Bootstrap” in the WordPress theme directory. That said, it is nine years old, it is well known, it is installed on hundreds of thousands of sites, and it gets tons of high-quality organic traffic. We could come up with a clearer and catchier name, but it is nowhere close to my top priority. I’d rather put all that time, effort and money into improving the product.

Similarly, my business entity name, Howard Development & Consulting, could be a lot shorter and catchier. It’s hard to spell out our domain (h-o-w-a-r-d-d-c), people often naturally shorten it incorrectly (Howard Consulting, Howard D&C, etc.), and the full business name is so long it doesn’t even fit on most credit cards or bank statements. When I was a solo freelancer, it made sense to use my last name in the company name, but now I think that holds us back a bit, since clients often want to talk only to the person whose name is above the door. We use HDC internally, but HDC.com would cost $300,000. Again, priorities: it’s just not that important to me, it’s not truly “broken,” and thus we shouldn’t spend precious resources fixing it. It’s OK for things to just be “good enough” for now!

MasterWP is sponsored by Cloudways. Cloudways Summer of Scaling: Cloudways is building the most valuable agency-focused web hosting platform in the multi-cloud. Sign your agency up in the next three days and get 30% off your monthly cloud hosting fees for six months and get 30 websites professionally migrated for free. Use Promo Code MASTERWP30.

In the end, who decides?

If the community were to rally around new name ideas – for example, let’s say there were an even split between Theme Builder and Site Builder – who would make the final call? Would it be WordPress Executive Director Josepha Haden Chomphosy? WordPress Co-Founder Matt Mullenweg? Or would they say it was decided by an anonymous and shadowy committee in a Slack channel none of us are allowed to read?

This question keeps coming up for us as we dig into various WordPress community questions here at MasterWP. Where does the buck stop? Who ultimately makes the difficult calls? Is there transparency or some sort of reasonable recourse for people who disagree with an executive decision? I have no objection to an executive making a tough call that not everyone agrees with – but in order to build and maintain trust, someone actually needs to make that call, explain their reasoning, and respond to reasonable criticism.

The fact that we’re already on to “the next thing,” after not coming anywhere close to resolving the last thing, makes it seem like the would-be decision-makers are just getting distracted. If we’re all talk and no action, even the best name in the world gets us nowhere.